SK Innovation supplies batteries to Chinese electric vehicle maker XPeng.It competed with local companies including China's No. 1 battery maker CATL, and succeeded in securing XPeng as a customer. XPeng is attracting attention as one of the three largest electric vehicle manufacturers in China along with Nio and Li Xiang. SK Innovation has seized the opportunity to increase the supply of 'Nickel, Cobalt, Manganese' (NCM) batteries, which have increased the proportion of nickel, along with the expansion of the Chinese EV battery market.

According to the industry on the 5th, SK Innovation has secured XPeng as a new battery customer. It is understood that the two companies signed a contract for battery supply in July. Accordingly, SK Innovation started preparing for mass production and supply of batteries for XPeng.

An industry insider said, "SK Innovation has secured XPeng, China’s one of the three largest electric vehicle makers, as a new customer. SK Innovation plans to start supplying EV batteries produced at Chinese factories in the near future.”

This contract is meaningful in that SK Innovation has newly entered the Chinese EV battery supply chain. It is reported that XPeng has been fully equipped so far with Chinese local CATL batteries.

After operating an electric vehicle battery plant in Changzhou, Jiangsu Province, China last year, SK Innovation achieved the result of signing a new battery supply contract with XPeng within a year. The Changzhou plant is a joint plant between SK Innovation and Beijing Motors.

An SK Innovation official declined to comment, saying, "We cannot disclose any details related to our customer.” 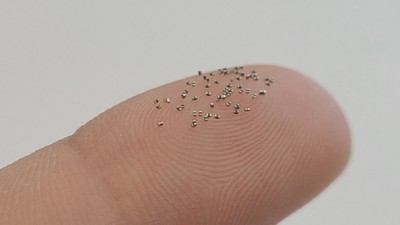