The MSS will also create 20 digital clusters that connect smart factories to networks by 2025. Because smart factories are currently supplied to companies individually, there have been concerns about lack of connection between companies.
“We are going to connect companies within same industries and different industries through a 5G system.” said Kang Seong-cheon who is the vice-minister of the MSS. “Even if companies are separated geographically, we can still connect them through 5G network.”
The ministry also decided to train additional 15,000 people who will be specialized in utilizing AI for the manufacturing industry. In addition, it will also look for promising AI startups through AI Championship that will be held in November and provide more financial support.
It will also legislate laws related to manufacturing innovation that will support its plans. It plans to prepare a support system for collecting, analyzing, and utilizing manufacturing data and provide support for creating an ecosystem for manufacturing data by designating a promotion agency for manufacturing data.
Meanwhile, the South Korean Government announced its plan to vitalize a private participation project worth around $25 billion (30 trillion KRW) in order to support and vitalize private participations. It will look into pursuing a green smart school project worth $3.58 billion (4.3 trillion KRW), a hydrogen energy station expansion project worth $417 million (500 billion KRW), a seismic reinforcement project worth $6.5 billion (7.8 trillion KRW), and a LED light replacement project worth $83.3 million (100 billion KRW) that are scheduled in the Korean New Deal through private participations. It also plans to select projects out of “2020 Balanced National Development Project” scheduled for this second half that can be converted into private projects.
It also decided to provide more incentives so that an abundant amount of market liquidity can flow into its private participation project. It plans to introduce separately taxable dividend income with a tax rate of 14% for public infra funds and ease regulations on infra fund according to “the Act on Private Participation in Infrastructure”.
Staff Reporter Sung, Hyeonhee | sunghh@etnews.com & Staff Reporter Ryu, Jaehee | ryuj@etnews.com 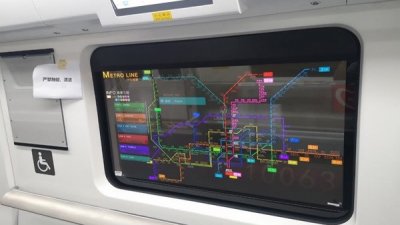